: Why this country is vaccinating its working-age adults before the elderly 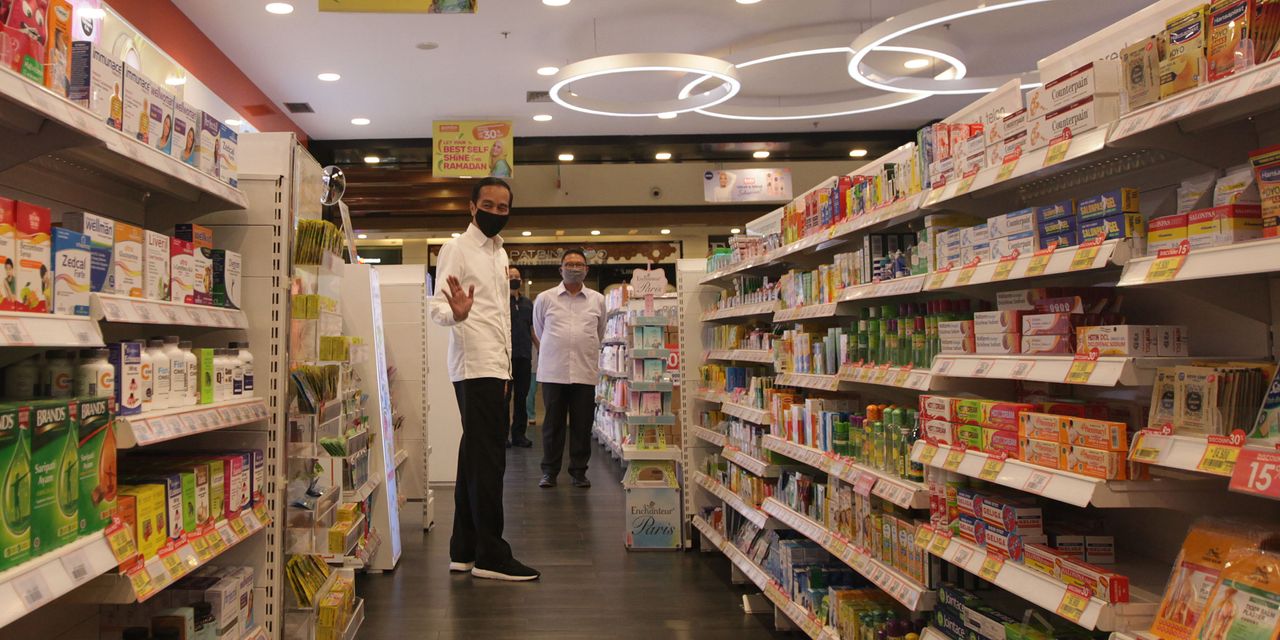 Countries across the world have begun vaccination drives, mobilizing to protect their elderly and most vulnerable citizens from COVID-19.

Indonesia, however, is adopting a different approach, as it plans to give priority to working-age adults over older members of society when its vaccine program starts on Wednesday.

The Southeast Asian country’s food and drug authority BPOM authorized the emergency use of Beijing-based Sinovac’s vaccine on Monday, and 3 million doses have been distributed to health centers across the country. Health minister Budi Gunadi Sadikin has previously said the country needs to vaccinate 181.5 million people, 67% of the population, to reach herd immunity.

President Joko Widodo is set to receive the first shot, which he said was to “provide assurance and trust to people that the vaccine is safe.”

The government has said 1.3 million front-line health workers will be given priority and then regional governors — again to boost public confidence — followed by the wider population. Initially targeting 18-59 year-olds is a markedly different strategy to that of the U.S., the U.K. and much of Europe, where the most at risk are at the front of the queue.

Read: Who will be given priority for the Pfizer–BioNTech COVID-19 vaccine?

Indonesia says it doesn’t have enough data to vaccinate older people, as clinical trials for the Sinovac vaccine involve 18-59 year-olds, in contrast to other vaccines, which have shown to be effective in older groups too. Senior health ministry official Dr. Siti Nadia Tarmizi said Indonesia wasn’t “bucking the trend” and would wait for recommendations from the country’s drug regulators before planning to vaccinate older people, Reuters reported. Health officials also hope that targeting more socially mobile groups will accelerate herd immunity.

Read: WHO official says no herd immunity in 2021

“The main issue is the current lack of evidence that COVID-19 vaccines induce immunity that reduces the spread of the virus (herd immunity).” He added that trials to date haven’t provided solid data on this, but that initial data from the vaccine developed by drug company AstraZeneca
AZN,

and the University of Oxford showed preliminary evidence that interruption of spread may result.

“Of course, it might be argued that prioritizing working-age adults rather than the elderly is economically advantageous, even if callous. But their strategy seems to be based on the premise of inducing herd immunity,” said Moxon, who wasn’t involved in the AstraZeneca–Oxford shot but founded the group behind the vaccine.

C.B. Kusmaryanto, a member of Indonesia’s bioethics commission, said: “Developed nations may start with the elderly, knowing that they have enough doses to cover the entire population, where that may not be the case for us.”

“There are no good choices, there is only the least-bad choice. When Indonesia only has enough to vaccinate those most likely to infect others then that’s who it should go to first,” he was quoted as saying by Bloomberg.

Coronavirus cases have surged in Indonesia, with new cases over the past week reaching a record 64,615, according to the Johns Hopkins Coronavirus Resource Center.

The world’s fourth-most populous country has recorded 24,343 deaths in total, but more than 10% of those have come in the past two weeks.

Dr. Vicente Soriano, expert in infectious diseases and director of the UNIR Health Sciences School and Medical Center in Madrid, said giving priority to limiting transmission over protecting the most vulnerable was “ethically a major issue.”

Speaking to MarketWatch, he said: “Given that Indonesia is an overpopulated country where most individuals live in large families and gather together, forgetting to prioritize the oldest population will push them at increased risk — [particularly] if the youngest vaccinated people assume a false security on protection from infection, which has not been proved yet.”

Source Link: : Why this country is vaccinating its working-age adults before the elderly

The Charity Commission has indicated that it intends to simplify its responsible investment guidance for charities.The regulator said today it...

Outside the Box: Should I refinance my mortgage? Here’s how to decide

Mortgage rates are around record lows. Is it time for you to refinance your home loan? The decision is not...

MARKET REPORT: Shares in Babcock plunge by one fifth

MARKET REPORT: Shares in Babcock plunge by almost one fifth as British defence giant warns it could be forced to...