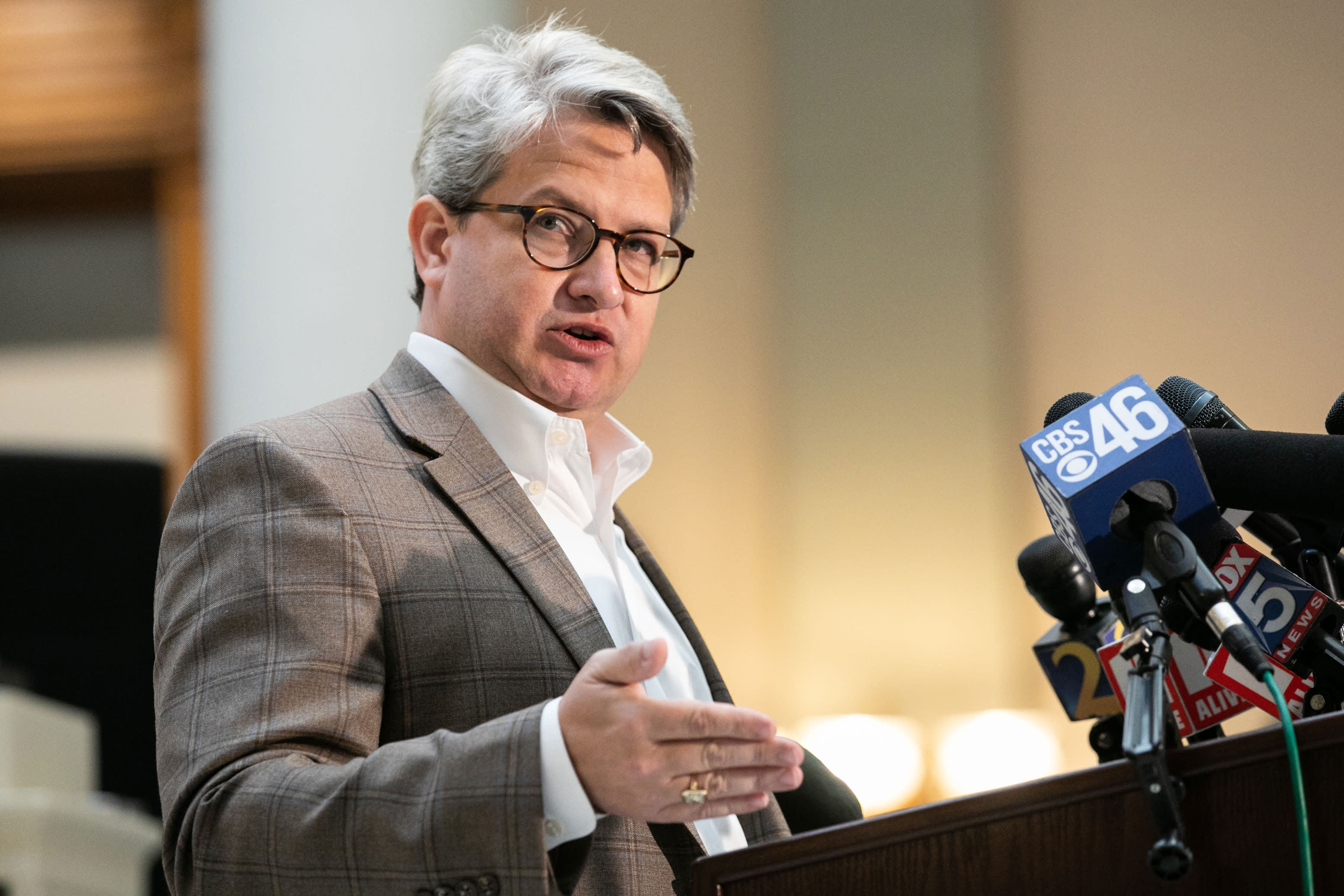 During that call, which officials in Raffensperger’s office had recorded, Trump made a series of claims about purported voting irregularities in Georgia’s presidential election that he said had led to Biden unfairly winning.

The president and his allies elsewhere have made similar allegations, related to felons, underage teenagers and dead people supposedly casting ballots.

“The reason I’m having to stand here today is, there are people in positions of authority and respect who have said their votes didn’t count, and it’s not true,” Sterling said.

Standing next to a chart labeled “Claim vs. Fact,” with two rows of each underneath those words, Sterling said, “This is all easily, provably false.”

“Yet, the president persists and by doing so undermines Georgians’ faith in the elections system, especially Republican Georgians in this case,” he said.

Sterling also said Trump campaign lawyers “intentionally misled” the public with claims that a videotape showed fraudulent votes being awarded to Biden during a count of ballots.

Sterling suggested that Trump’s allegations could harm the chances of Republican incumbents David Perdue and Kelly Loeffler in their runoff elections Tuesday for Georgia’s seats in the U.S. Senate, where they face stiff challenges from Democrats Jon Ossoff and Raphael Warnock, respectively.

There are concerns among GOP leaders that Trump’s claims of widespread ballot fraud in Georgia, and Perdue’s and Loeffler’s backing of the president’s rhetoric, could dampen turnout among Republican voters.

Sterling urged voters to show up to the polls for Tuesday’s races, even if they had concerns about election integrity.

“I’m not acknowledging that there was massive voter fraud, because there wasn’t. But if you believe in your heart of hearts that there was, the best thing for you to do is to turn out and vote and make it harder for them to steal,” he said.

Sterling appeared exasperated when he went through, in rapid-fire manner, the claims made by Trump and his allies.

“I will admit, when I listened to the audio of [Trump’s] phone call … I wanted to scream — well, I did scream at the computer, and I screamed in my car, at the radio, talking about this, because this has been debunked,” Sterling said.

Referring to the chart nearby, and to Trump’s allegations, Sterling said, “No one is changing parts or pieces out of Dominion voting machines.”

“That is, that’s — I don’t even know what that means. That’s not a real thing,” Sterling added.

“There is no shredding of ballots going on. That’s not real.”

Trump’s phone call to Raffensperger led to speculation that the president could be criminally prosecuted for trying to influence a state official to change the results of an election.

Asked if the secretary of state, who did not appear at the press conference, was considering whether to ask Georgia’s attorney general or a local district attorney to investigate Trump for the call, Sterling said, “I do not know that.”

“I’ll leave other people to make the decision on that,” Sterling said, when asked if the phone call was an attack on democracy. “I personally found it to be something that was not normal, out of place, and nobody I know who would be president would do something like that to a secretary of state.”

“Trump probably had eight to 10 points [during the call], every one of his numbers were wrong,” Raffensperger said later on Monday, during a contentious Fox News interview. “Our numbers will be supported in a court of law. Their numbers will not be.”

Congress is set to meet Wednesday to certify Biden’s win in the Electoral College. A planned effort by a number of GOP senators and House members to challenge the results from several battleground states that Biden won is expected to fail.

Members of U.S. Capitol Police try to fend off a mob of supporters of U.S. President Donald Trump as one...

Members of U.S. Capitol Police try to fend off a mob of supporters of U.S. President Donald Trump as one...