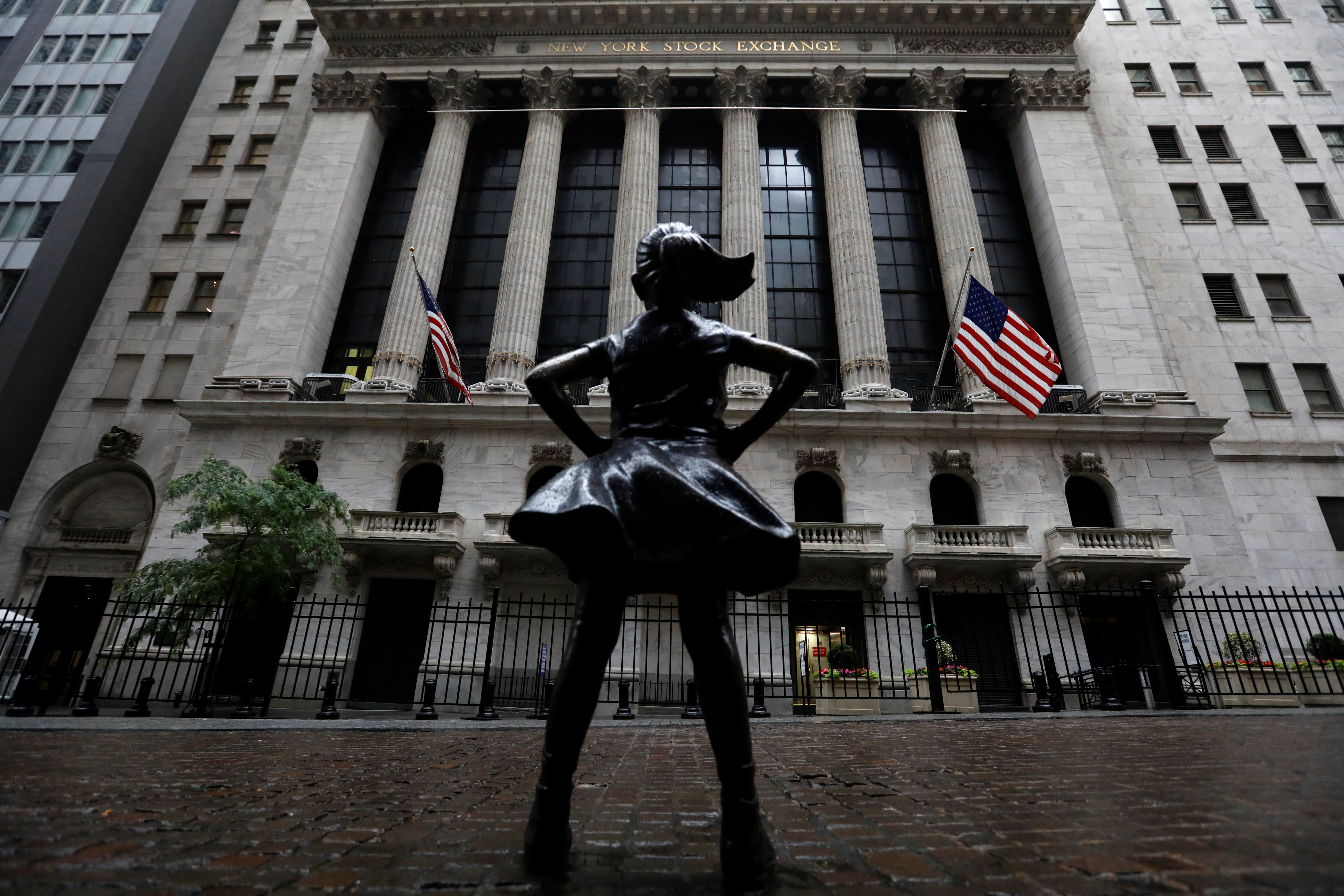 Stock market volatility, with sharp ups, downs and reversals, is likely to be the norm again in the week ahead, as investors await Friday’s jobs report and watch headlines from Washington and the presidential debate.

Expectations remain low for a stimulus package from Congress, but as economists downgrade their view of fourth quarter growth because of a lack of further federal virus aid, investors are again looking for some guidance from Washington. The election is likely to be a market focus in the week ahead, as the first presidential debate takes place between President Donald Trump and former vice president Joe Biden Tuesday night.

“We’re really seeing now a typical September, but under the hood we’re seeing what is potentially a rotation from the large tech stocks to a broader pool of stocks,” said Don Townswick, director of equities strategy for Conning. He expects tech to remain a favorite after the shakeout, and the market tone could change in October if earnings results are good and company outlooks are positive.

“I think that tends to turn things around,” he said.

Economists expect the much anticipated September employment report, the last before the election, to show a slower pace of job growth than in August. The consensus forecast is for 920,000 nonfarm payrolls, from 1.37 million in August, according to Refinitiv.

The unemployment rate is expected to drop to 8.2% from 8.4%. JP Morgan economists said they expect job growth to continue, but they also said the lack of stimulus and aid to the unemployed could slow  consumer spending. They reduced their forecast for fourth quarter GDP growth to 2.5% from 3.5% Thursday.

Michael Schumacher, director of rate strategy at Wells Fargo, said the debate may have more potential to move the market than the jobs report. “Most people talk about these things and get all fired up and nothing happens, but this is such a weird year… This seems like the first big shot to see these guy in action. We think it’s a big event,” he said.

Schumacher said if Trump is perceived to win, and his chances rise in prediction markets by several points, there could be a positive move in risk markets and the bond market could sell off, sending yields higher. Trump is perceived as better for stocks and the economy, and Biden is expected to push for higher taxes and more regulation, he said.

The market was also expected to be volatile in the coming week because of month-end and quarter-end rebalancing, but Schumacher said the stock market sell-off has taken some of the pressure off of the need to realign portfolios and he expects about $9 billion to move into bonds for rebalancing.

Before the earnings period starts in the second week of October, the market is likely to continue to focus on what’s worrying it.

“But the stimulus and election, people can say that’s going to directly relate to earnings,” he said.  Townswick said the sell-off so far is not unusual for September, historically the worst month of the year.

Among S&P 500 companies, Townswick said 70% left their forecasts unchanged or revised them higher after second quarter earnings reports, while 30% reduced them. “If third quarter earnings come in relatively strong, then we could see more revisions upward and that would tend to support the market,” he said.

Many strategists expect the S&P 500 could decline all the way to its 200-day moving average which was 3,107 on Friday. The 200-day is a widely watched momentum indicator, based on the average of the closing prices in the last 200 sessions. If the index falls below it and stays there, it’s viewed as negative for the market but it often acts as support.

“I don’t have a target, but I think if that does happen, I would say that is a normal pullback and I wouldn’t expect it to break through and tank. I would say that might be supportive,” Townswick said.

The coming week is busy in terms of economic data. Besides the jobs report, there is ISM and PMI manufacturing data Thursday. Personal income and spending data is also released Thursday.

But it is the employment data, the market is watching most closely.

Luke Tilley, chief economist at Wilmington Trust, said the weekly jobless claims data is sending a positive signal for the jobs report, but not all data matches it. The number of unemployed who have come off of state and special pandemic benefits totaled 2 million over the period between mid August and mid September, when the government collected data for Friday’s jobs report.

Tilley said he will not be so much focused on the non farm payrolls as on the number of people who say their job loss is now permanent. That number rose by 534,000 last month, to a total of 3. million. It was at 1.2 million in February

Initially when job losses mounted, many individuals expected their job loss was temporary.

Source Link: Market volatility expected to continue in the week ahead with Presidential debate and jobs report

Health and safety certificates may be the new 'visas' that permit air travel, Etihad CEO says

Aston Martin Lagonda gets closer to Mercedes through new tie-up

Can YOU find your way out of these amazing corn mazes?